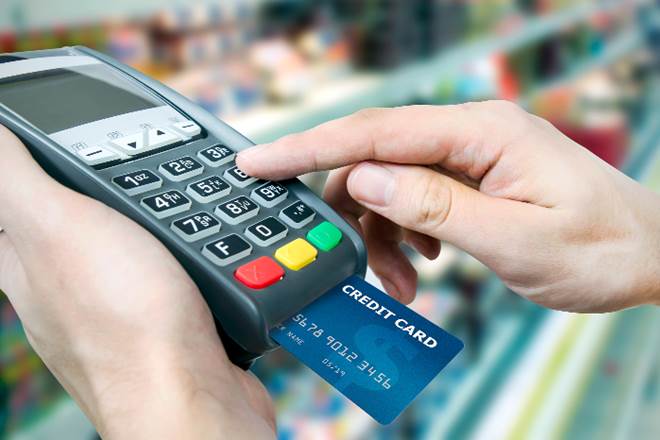 If you’ve got yourself over your head in credit card debt, then that isn’t good news. Not only will your credit rating take a hit and affect your chances of borrowing in the future, but you could also find yourself owing lots of money to lots of different places without a feasible way of paying it back.

At that point in time, some people will simply stick their head in the sand and try and ignore the problem. This is completely the wrong approach to take as unmanaged credit card debt will haunt everything you try and do financially until you’ve got it under control.

How can you do that? It might seem daunting, but with a positive attitude and the right strategies, you can attack your credit card debt and start driving it down.

Here’s how to manage and pay off credit.

Make more than the minimum payment each month

Lenders absolutely love people who only pay off the minimum on their credit card balance each month. While it seems generous of the creditors to accept just $25 each time, all you are effectively doing is paying off the interest accumulated and not even making a dent into the actual money that you owe.

Take a look at your most recent credit card bill to see how much interest you are being charged. If you’re paying $23 a month in interest and making the minimum payment of $25, you are wiping out only $2 of your credit card per month. That isn’t going to get you anywhere.

Obviously, how much you can afford is dependent on your financial situation, but you should always try and pay not just over the minimum amount required but well over the amount of interest you’re being charged. That way, you’ll be making greater inroads into the money owed and helping to reduce your debt.

Pay off the credit cards with the highest interest rates first

If you’ve got multiple lines of credit open, then you should try and pay off the ones with the highest interest rates first. This goes without saying, but many people will pay a similar amount per month on all their cards with no thought as to how this is detrimental to their finances.

Rates can vary greatly. The 2019 average interest rate on a store card, for example, is 25.74% while an individual with an excellent credit score could expect to have a credit card which charges 14.41%. Given that the store card is charging over 10 percent more than the credit card, you’ll want to pay the former off first as the latter is eating into less of your finances.

Both accounts are going to accumulate interest no matter what you do. By wiping out the one that is accumulating the most as a matter of urgency, you won’t be fighting a credit war on two fronts.

If you’ve got multiple credit accounts open or they are all at similar interest rates so you don’t know where to start, then you can snowball your debts. This involves eliminating one card as quickly as possible and then rolling the money that you’ve budgeted to pay that card off onto the next one.

You make the minimum payments on all your credit cards except the one which currently has the lowest balance, which you attack aggressively. When that one is paid off, you then add the payments that you would have made on it to the second lowest one to pay that one off even quicker.

Not only does snowballing allow you to get a grip on your finances, but you’ll also get the satisfaction from seeing your debts being wiped away with fewer and fewer creditors having to be paid off.

Take out a loan to pay off your credit card

It might seem a funny way to go about getting out of debt, but taking out a loan to pay off a credit card can, in fact, improve your financial situation markedly. A bad credit installment loan can see you borrow money at a generous interest rate and use it to pay off existing debts with higher interest rates, saving you money at the same time.

The crucial aspect of borrowing to pay off money borrowed is that you ensure the interest rate on your loan is less than the interest rate on your credit. You should also ensure that you use the full loan to pay off the credit and nothing else. While the temptation might be there to use part of it on credit and part of it on a new television, that will just put you further into debt.

You can check this out to find out more about bad credit installment loans and whether it might be an approach that could work for you.

One of the most effective ways of paying off credit card debt is to divert all your attention and finances towards tackling the problem. You can do this by cutting out luxury items and expenditure you really don’t need to make, using the money saved to pay off your credit lines.

Skip Friday drinks after work. Don’t eat out quite so often. Cancel your Netflix subscription and settle for good old-fashioned television for a few months. Even something so simple as not drinking coffee out could help you pay off your credit card bill – the average American spends around $20 a week. If you start having your morning caffeine hit at home rather than visiting your local barista, you could save $80 a month which can be put towards driving down your credit card debt.