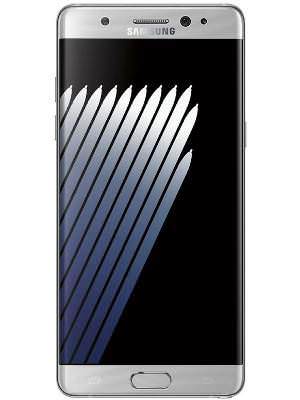 Samsung Galaxy Note 7 is going to launch soon on the 2nd of August and the whole world is excited by it! This is the new smartphone in the Note series, and what is most interesting about this phone is it is has literally skipped a generation. The previous phone to launch in the Note series is Samsung Note 5, and there is no Note 6.

Samsung Galaxy Note 7 is indeed amazing and futuristic, and one of the most prominent new launches to happen. What does this phone have, let us explore the features?

When we think of the Samsung Note 7 we can only imagine it to be have a fantastic screen quality. The phone is engineered with an innovative 5.8-inch Quad HD Super AMOLED display, and an important point to remember that defines the design significance is the phone has dual edge design also present on Galaxy S7. The phone has 6GB RAM, which is awesome and is one of the few phones to have it.

The Samsung Galaxy Note 7 is expected to function on a whole new level of processor efficiency, because Samsung has skipped a generation with the Note 7. According to reports, the phone will be equipped with the most innovative Qualcomm Snapdragon 821 with dual core 1.6 GHz Kryo and dual-core 2.3 GHz Kyro processor. This version is for US markets and in India, the phone is likely to launch with Samsung’s in-house Exynos 8890 quad-core 1.6 GHz and Quad-core 2.6 GHz SoC processor. 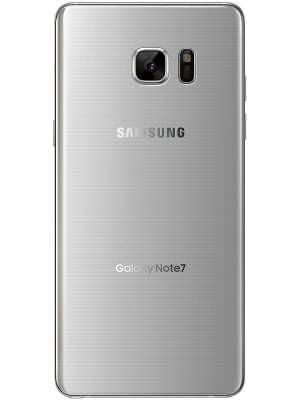 For people who like to endlessly capture pictures, the Galaxy Note 7 is going to be a great phone to have. The phone is likely to have a 5MP front camera and 16MP rear camera which is new compared to the other siblings or carry the same shooter which is incorporated into the Samsung Galaxy S7 Edge and Samsung Galaxy S7.

Techie buffs who enjoy scrolling through many apps and indulge in extensive gaming then the Galaxy Note 7 is a remarkable phone to buy. The phone will launch with internal storage powers of 64GB which can expand to 128GB and even 256GB. For people who want the best looking Galaxy S7 Note, take a look at these royal and splendid color options of blue coral, silver titanium and Onyx.

Samsung Galaxy Note 7 is going to be among the most convenient phones to use, it has a 3.5mm audio jack and is expected to have CDLA support. Consumers can hope to use this phone for hours on end and not worry too much about battery drainage, it will launch with a super impressive 3600 or 4000mAh Li-Po battery, and the charging process is expected to happen quickly.

The Galaxy Note 7 is certainly an inventive creation, and for some interesting piece of information, it is the first Note phone to have a technologically advanced dual-curved display. According to the latest news the phone is expected to have iris scanner for reasons of verification and security and it will have invite’s design as well and it will comprise of iris-like graphic.

The Samsung Note 7 is going to arrive with a mind-blowing design and it is said to have the most innovative of innovative designs. On the web you will be able to browse through the possible designs that will be incorporated into Samsung Note 7 and all these designs look stunning. The phones displayed on the web are shown with professional black, silver and grey designs. Note 7 is likely to run on high-tech Android Marshmallow operating system.

Samsung Galaxy Note 7 will have IP68 dust and water resistance features, and it has a removable S Pen and the phone is engineered with incredible water resistant technology. For those who have already decided that they really want to own this phone, need not be too bothered about water collecting on the phone. It is dust resistant as well, and your phone will look marvelous for how much ever longer time you use it. The removable S pen is convenient for users to take down important notes and it builds the aesthetic value of the phone, just like how it is in other Note series.

Samsung Galaxy Note 7 is among the most significant launches to ever happen, the dual curved display is among the most innovative inventions and the 4000mAh battery will make this phone ahead of most of its competition. The interior storage capacity of the phone is magnificent, it stretches from 64GB to 128GB and even 256GB. It is likely to run on the latest Android Marshmallow operating system and will flaunt one of the best designs to be invented in recent times.

The phone is going to launch soon in India, in just few days from now, how exciting does it sound? It is certainly expected to stand ahead of the competition pack, and its most sought after arch rival is LG V11. Samsung has introduced the Galaxy Note 7 after Note 5 and there is no Note 6 and it has actually skipped a model and this is the most exhilarating aspect of the phone. The fact that is has skipped a model signifies it is going to be incredibly futuristic and will have a new level of advanced design technology and innovative features.

We certainly can’t wait for the Samsung Galaxy Note 7 to launch, and it is surely going to be stunning, and every aspect of the phone is novel. It will be interesting to view the customer response towards the phone post launch, and this is going to be among the best phones to have.