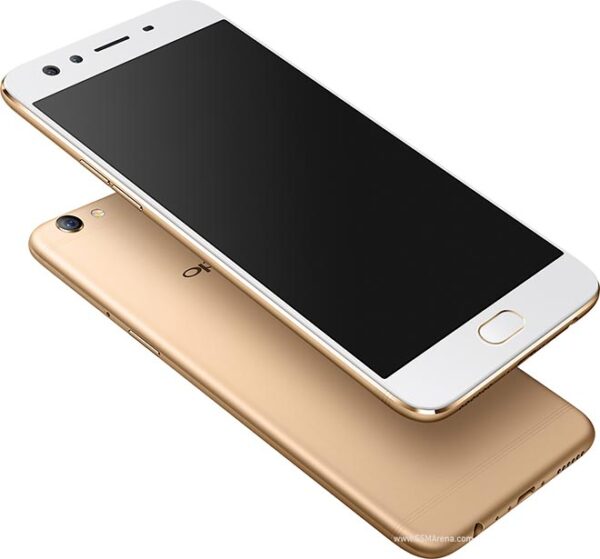 Oppo is a fairly newer player in the smartphone market. It has always had a reputation for implementing stellar camera configurations in their devices and having decent overall configurations across its range. As a result it has had quite a lot of success in attracting Indian customers as we are fans of clicking pictures. In India though Oppo’s main competitors are Xiaomi and Vivo, the latter being a closer match for the brand than Xiaomi.

Vivo recently launched the unique Vivo V7 Plus which was a great looker and a good performer for around a budget of 20,000, so it is no surprise that Oppo should respond in a similar fashion as both of the manufacturers are practically rivals competing in a similar market segment and at a similar price points. And so here we have the Oppo F5, the bezel less rival to the Vivo V7 Plus which apart from being a few bucks more affordable is also more powerful. All seems positive on paper but is it worth buying and how does it compare to the Vivo V7 Plus? Let’s find out.

Oppo does make one thing absolutely clear with the design of their new device, “Vivo, I’ve got you in my sights.” And for the most part both of them go for a similar design strategy. Vivo got a head start by not by much but Oppo finally answered. The Oppos F5 employs a near bezel less design like the Vivo V7 Plus, but the core difference here is that while the Vivo V7 Plus had the display squared on all ends;Oppo’s design is similar to the LG Q6, with the screen rounded off at the corners. This approach seems more polished and better aesthetically appealing in my opinion. The body has full metal construction; amazingly the backs of the phone appear almost identical save for the shapes of the fingerprint sensors. Other than that the front is completely dominated by the screen and has the necessary sensor arrangements on the thin top bezel.

The display on the Oppo F5 comprises of a 6’inch LTPS LCD panel with a screen resolution of 1080×2160 pixels. This is considerably higher than the measly 720p panel found on the Vivo V7’s almost similar sized display. The increased resolution means a much sharper pixel density of 402ppi. Also the LTPS LCD used in the Oppo is one of the best displays in this price segment. The colours appear nice and saturated and the screen works well in direct sunlight.

The Oppo F5 uses a MediaTekHelio P23 SoC which is a 64-bit 8 core CPU based on ARM’s Cortex A53 cores. The processor is faster than the Snapdragon 450 used in the Vivo V7 Plus but it lacks the optimisation done in the aforementioned Snapdragon SoC and as a result the Mediatek is more power hungry and based on an older fabrication process. The SoC has a base clock of 2.5GHz across all eight cores and it also has a Mali G71-MP2 GPU for handling graphics and is coupled with 4GB of RAM just like the Vivo V7 Plus. I would’ve liked to see then inclusion of the newer Snapdragon 630 SoC in this price range but these two manufacturers are never really about providing a balanced configuration in the first place. So that’s a bummer.

Performance wise, the device just fine in day to day tasks but gaming isn’t really one of the strong suites of the device as the 2 core GPU struggles to handle intensive gameplay. Other than that switching between apps poses no immediate lag and everything is smooth.

As for the OS, it comes with Android 7.1.1 Nougat out of the box which is good and has an iOS like UI skinning the Android OS. I have had my grips about this but please stop reminiscing Apple, because it screams of incompetence. AS for the Oreo Update, it may get it but I wouldn’t exactly put my finger on it as these Chinese OEM’s are terrible at providing regular updates. The UI is customisable and has options to apply themes and skins, but it makes the device deviate from the stock android experience.

Like Vivo, Oppo is one of the manufacturers that heavily advertise the selfie capabilities of the device like your life depended on it. Anyway, lack of innovation is a good way to cover up through a great camera because almost everyone buying this device won’t actually care about it anyway.

The Oppo comes with a 16MP primary camera with and f/1.8 aperture and powering it is a CMOS sensor. It is also accompanied by an LED flash but no OIS or EIS which is a bummer because these phones are marketed as camera phones. The lack of any image stabilisation can seriously impact camera performance if you aren’t careful. Anyway the camera doesn’t disappoint and gives us good shots across various lighting. But perhaps the most fascinating feature of the Oppo is the 20MP front facing camera which has an f2.0 aperture and is also powered by a CMOS sensor, sadly no OIS/EIS here either.

Storage wise, the device comes with 32 and 64 GB variants with the ability to expand it further to 256GB via an SD card.

The power needs here are handled by a 3200mAh battery which incidentally is almost similar to the Vivo V7 plus. There is no fast charging support so charging up that battery might prove to be a lengthy process.

Connectivity wise, it is already launched in India and so it supports all Indian network bands including 4G VOLTE. It also has Wi-Fi a/b/g/n 5GHz, Bluetooth v4.2, micro USB 2.0 (no USB type-C) and GPS with A-GPS.

Perhaps the most immediate rival to the Oppo F5 is the Vivo V7 Plus. Both have similar cameras, both retail at around the same price range and both have similar proportions. But the Oppo is slightly better value as it has a better screen, a more powerful processor and a slightly bigger display. The Oppo F5 price in India is approximately Rs.19000-Rs.22000, which makes it compete directly with the Xiaomi Note 3 and the Mi6 as well a few other devices from Samsung. The pricing is tight but the Oppo in my opinion is better value than the Vivo V7 Plus.